This section contains some tutorial examples that show how to use named selections in VisIt.

In this example, we will use named selections to coordinate selected cells between 2 plots. 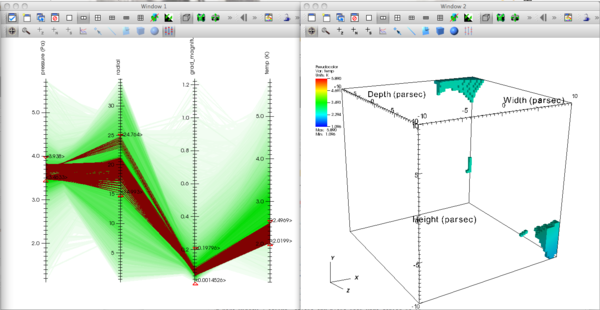 Coordinating selection between Parallel Coordinates plot and a Pseudocolor plot

Cumulative query is a type of named selection that can apply various range queries to data over time. Each time step in the dataset will have some list of cells that satisfies the query criteria. The list of cells can be binned in various ways to and those bins can be restricted to come up with a final list of cells that can be used as a selection.

Finding areas of the globe that have warmed the most

In this example, we will use the avg_temp.visit dataset, which contains the average annual temperature for nearly one century (some years may be projections).

Set up some map context 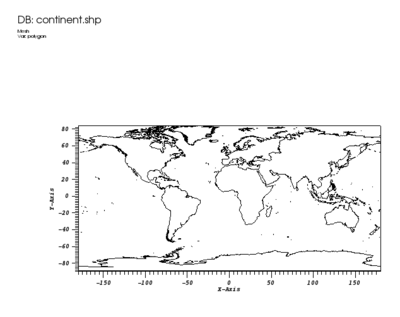 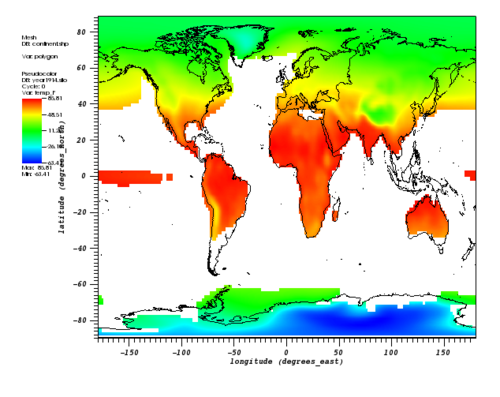 Regions that have ever warmed by 5 degrees

The above plot shows that most of the land areas on the Earth have at some point been warmer than 5 degrees since the first time step in the dataset.